Breaking barriers in the ballet is the reason why we are spotlighting Maria Tallchief in celebration of National Women’s History Month. Maria Tallchief was a revolutionary American ballerina who broke barriers for Native American women and became the first Native American woman (Osage Tribe) to become a prima ballerina. Elizabeth Marie “Betty” Tall Chief (Osage family name: Ki He Kah Stah Tsa) was the first American to dance at the Paris Opera and has danced with the Paris Opera Ballet, the Ballet Russe, and the Balanchine Ballet Society, later renamed the New York City Ballet. 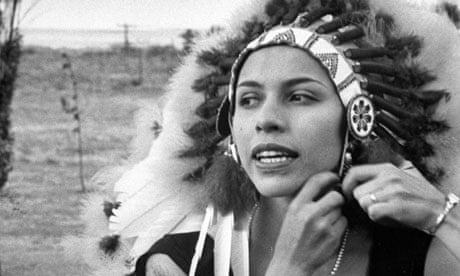 Photograph: AY Owen/Time & Life Pictures/Getty Images Maria Tallchief donning a headdress in 1953, the year she was honored by the state of Oklahoma.

She was a world-renowned ballerina and one of the premiere (first-ranking) American ballerinas of all time. In addition to wide fame, Tallchief earned strong reviews from critics for her technical precision, musicality, and strength. In 1996, Tallchief was inducted into the National Women’s Hall of Fame and became one of only five artists to receive the Kennedy Center Honors for their artistic contributions in the United States.

In 1999, she was awarded the National Medal of Arts, which is the highest award given to artists and arts patrons by the U.S. government. Such recognition honors individuals who “are deserving of special recognition by reason of their outstanding contributions to the excellence, growth, support, and availability of the arts in the United States.”